Building your Singles Ministry/Single Parenting by Other Authors 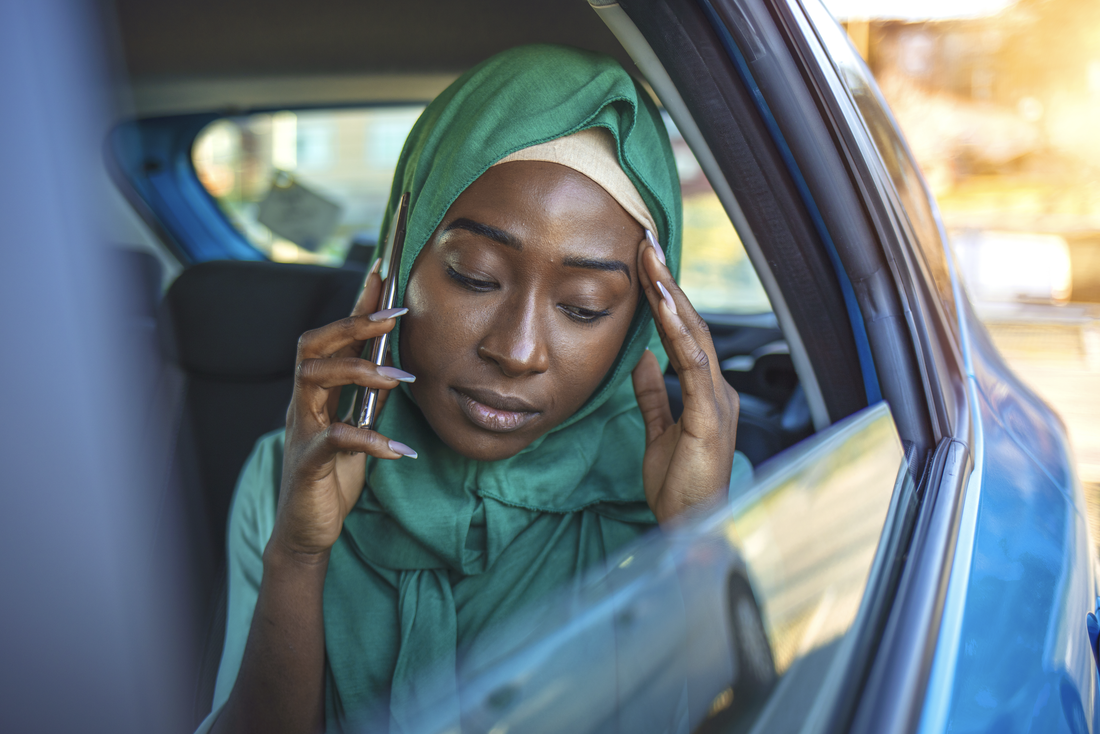 Have you ever felt anonymous?

Have you ever experienced the feeling that no one sees you or knows what important things you’ve done or understood all that you’ve been through?

I recently talked with a single mom who has been serving with our ministry for the past year in the Middle East. She was recently forced to flee and return to the U.S without divulging any information that might compromise her.

When I asked how it felt being back, she confided that her re-entry experience had been anything but glorious. Although she’s now safe from persecution, she misses the feeling of being on a critical mission and experiencing God in the tangible ways she did. Coming back to the U.S. brought significant grief, feeling displaced, separated from her purpose, and unclear about what she should do next. The word she said God had recently highlighted to help her understand what she was feeling was anonymous.

To land in a new place where no one knows you are always challenging. If you’ve ever been through a divorce or another life change where you were forced to move, change jobs or careers, and start over, you probably understand. The loss of identity and purpose can be very unsettling, and there is a temptation to think God has forgotten you.

But what if, in allowing us to be anonymous, God has something good for us? What if he wants to give us the gift of putting us back in our rightful place—a place of humility? When we’re anonymous, we are reminded that we bring nothing to the table, and God brings everything.

If you’re feeling anonymous today, you’re in good company. The Bible is full of stories of anonymous people who God used to do big things for his Kingdom. Your faithfulness in seasons of anonymity does not go unnoticed by your Heavenly Father. If you have any doubt, consider these three examples.

Possibly my favorite story in the Bible is the story of Joseph, told in Genesis 37-50 (notice that his faithful response to anonymity earned him 13 chapters). Joseph had dreams of glory as a young boy, but his brothers were jealous of him and sold him into slavery. First, he lived an anonymous existence as a servant to an Egyptian named Potifer. Then he spent more anonymous years in prison after being falsely accused of seducing Potifer’s wife. Yet Joseph remained faithful to God despite his humble circumstances, befriending those around him and winning their trust. Throughout the story, if you pay attention, there is a repeated theme: God was with Joseph. In all his years of living an anonymous existence, God had not forgotten about Joseph for one moment. In fact, God was about to pour out a huge dose of favor upon him. Pharaoh needed a dream interpreted one day, and Joseph was called on to help. Pharaoh was so impressed with Joseph’s wisdom and character that he appointed him second-in-command in all of Egypt! God used Joseph in mighty ways to rescue the entire nation of Egypt from famine and even redeemed his relationship with his brothers who had betrayed him.

Another classic example is the story of David and Goliath. You may not know that before he was chosen to be king, David was so anonymous that his father overlooked him when the prophet Samuel asked to meet his sons. Here’s a clip from the story in 1 Samuel 16:6-11: 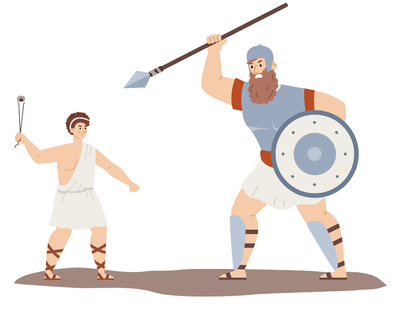 When they (Jesse and his sons) arrived, Samuel took one look at Eliab and thought, “Surely this is the Lord’s anointed!” But the Lord said to Samuel, “Don’t judge by his appearance or height, for I have rejected him. The Lord doesn’t see things the way you see them. People judge by outward appearance, but the Lord looks at the heart.” Then Jesse told his son Abinadab to step forward and walk in front of Samuel. But Samuel said, “This is not the one the Lord has chosen.” Next Jesse summoned Shimea, but Samuel said, “Neither is this the one the Lord has chosen.” In the same way all seven of Jesse’s sons were presented to Samuel. But Samuel said to Jesse, “The Lord has not chosen any of these.” Then Samuel asked, “Are these all the sons you have?” “There is still the youngest,” Jesse replied. “But he’s out in the fields watching the sheep and goats.”
Do you hear the undertone in Jesse’s voice? David is just an anonymous shepherd boy, too insignificant to be considered.
Yet it was David’s faithfulness and humility as a mere shepherd boy, who brought nothing but bold confidence in who God was and what he could do, that allowed God to use him to slay Goliath when the rest of Israel’s army was immobilized by fear.

Finally, there’s the widow we meet in Mark 12:41-44. Keep in mind that just being a woman made you a second-class citizen in that culture. Being a widowed woman meant you were pretty much at the bottom of the social ladder. Notice in this story that there are many rich people who society would have considered more important entering the temple. But the one who is least impressive to others is the one Jesus came there to see and draw his disciples’ attention to.

Jesus sat down opposite the place where the offerings were put and watched the crowd putting their money into the temple treasury. Many rich people threw in large amounts. But a poor widow came and put in two very small copper coins worth only a few cents. Calling his disciples to him, Jesus said, “Truly I tell you, this poor widow has put more into the treasury than all the others. They all gave out of their wealth, but she, out of her poverty, put in everything—all she had to live on.”

I love how Jesus notices and honors this widow for her faithfulness even when she feels invisible to all the other religious people around her. Aren’t you grateful we have a God who doesn’t judge us by our outward appearance or circumstances but sees into the deepest places of our hearts?

My friends…when you’re feeling anonymous, unknown, and unnoticed, don’t ever forget that God sees you. And at the proper time, he will reward you too for your faithfulness.
About Dawn:
Dawn VanderWerf founded Single Parent Missions in 2013 and is the author of Hope Notes, daily encouragements for single parents read by subscribers worldwide. Co-author of The Daddy Gap and a single mom herself for almost six years, Dawn is passionate about encouraging single parents and envisioning and equipping leaders to respond to the growing population of one-parent families. Dawn is remarried and lives in West Michigan with her husband Steve and their shared kids 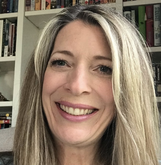