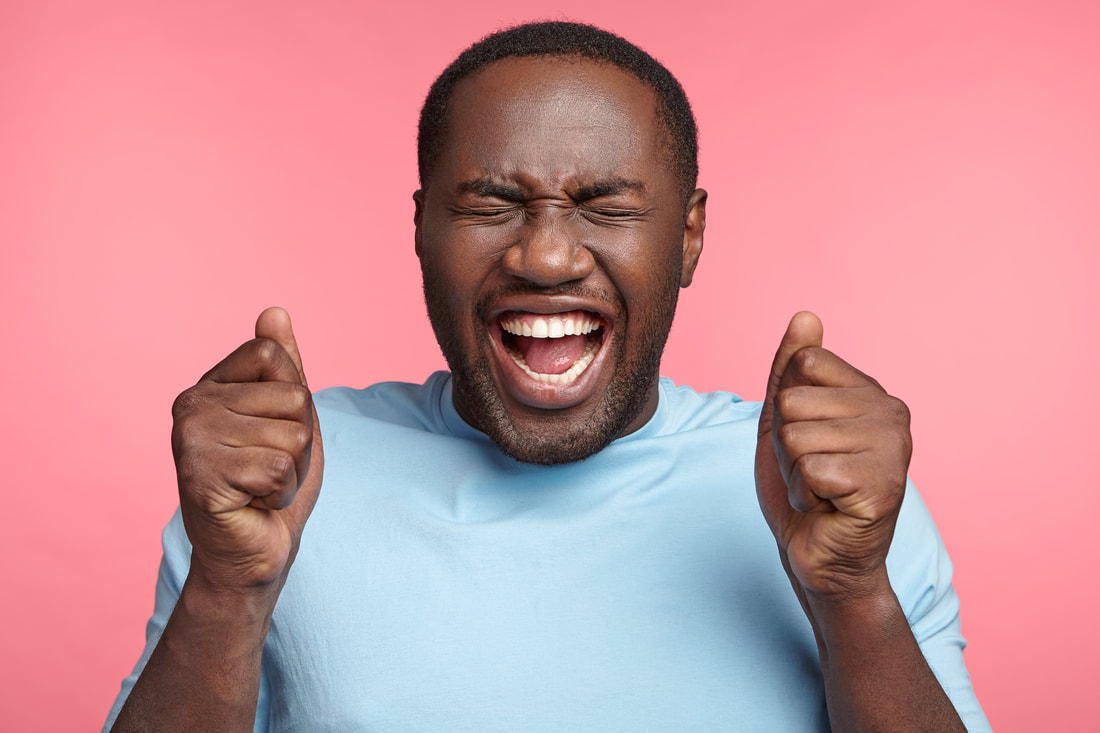 Did you know every person on the planet deals with insecurities, including your parents, your siblings, your mentor, and those you admire most? Even the president of the United States, iconic pop stars, academic professors, doctors, professional athletes, and pastors and teachers of the Word of God have to fight against their insecurities?  Can I dare say this? Even you have them! So, what are insecurities? They are defined as uncertainties or anxieties about oneself or a lack of confidence. If we don’t learn how to combat these self-doubts within us, they can keep us from reaching our highest potential in Christ and even stop us from fulfilling our God-given destiny.

Gideon, one of God’s people in the Old Testament, was a man that had to face his insecurities. He felt like he was a nobody and not someone who could save his people from the oppression of the powerful Midianites.

Judges 6:14-16 NLT
“Then the Lord turned to him (Gideon) and said, ‘Go with the strength you have and rescue Israel from the Midianites. I am sending you!’ “But Lord,” Gideon replied, ‘how can I rescue Israel? My clan is the weakest in the whole tribe of Manasseh, and I am the least in my entire family!” The Lord said to him, ‘I will be with you. And you will destroy the Midianites as if you were fighting against one man.’”

Gideon couldn’t see himself the way God did, as a “mighty man of valor.” Gideon was an insecure man from his limited vantage point, the least in his family, and from the weakest tribe in Israel. He felt unequipped, helpless, and had his mind made up that his insufficient status in society wasn’t enough to influence all of Israel to rally around him. Yet, despite Gideon’s reluctance to believe who he truly was, God spoke the truth over him that he was mighty and influential and commissioned to save God’s people!! The “X-Factor” was God Himself. God went with Gideon, giving him a favor, causing him to stand out from the rest. This gave Gideon confidence to step out in faith past the lies and self-doubt. With only 300 men, God used Gideon to rescue His people from the tyranny of the Midianites!

What’s interesting about this story is that God told Gideon to “Go with the strength you have…I am sending you.” God didn’t demand anything extra of Gideon that he couldn’t do. He was to go in his strength. In other words, he used what he had – his giftings, his influence, his resources. God would take care of everything else Gideon lacked. He was the X-Factor!

So many times, we focus on what we don’t have. If only I had that singing voice, a degree from that college, or if I looked like that person or had their talent, I would be successful. The problem is, God didn’t give you what they have. He gave you what you have on purpose. If He wanted you to have what they have, He would have given it to you. Go in the strength that God has given you and watch Him do what only He can do. When He calls you, He anoints you and equips you for the task at hand. Choose to believe by faith that you are enough! You have what it takes. You can do what God has asked you to do.

I had to learn this lesson in my own life. One season in particular, during my adolescent years, I had a pretty high voice for a male. Sometimes people on the other end of a telephone call would mistake my voice for a female’s. That bothered me! It didn’t help that I grew late, so at the age of 16, when most adolescent boys’ voices had gotten deeper, mine still hadn’t. This insecurity destroyed my self-confidence and made me shy. I hated talking in public, and I was terrified of speaking or performing in front of people. Deep inside, I knew my destiny was drawing me to influence others, but the fear of what I perceived people were thinking about me kept me from pursuing the gift God gave me. This stronghold stuck with me even into college.

It was at this time that I had my own Gideon moment. God told me He created me to be a preacher and teacher of God’s Word. That meant I had to speak in front of people! Just the thought of it terrified me! I was afraid of what people would think of me, especially my voice. One day, God whispered to me while driving my car, “Cory, I’m pleased with whom I made you.” I didn’t fully understand what that meant at the time but eventually realized that God didn’t make a mistake when He created me. He gave me my voice. And if I was going to become all that He wanted me to be, I had to push past this insecurity with great confidence in Him and what He said about me! So that’s what I did. I chose to believe I am fearfully and wonderfully made. I chose to believe that I am equipped for the task the Creator of the Universe destined me for. It was scary, but God met me every time I got up to speak. I could sense His power and pleasure when I trusted Him at His word. Today, I travel all over the U.S., speaking for an anti-trafficking organization called Destiny Rescue, and I have a teaching ministry, Cory Nickols Ministries, that is helping people know God, find freedom and discover their God-given purpose. I often think about what if I never overcame my fear? What if I never had the courage to step out in faith, trusting God that my voice was enough? I would still be stuck living far below my potential.

God met me where I was and helped me get unstuck. He told me to use the gifts and talents He had given me – my voice – and He would do the rest.

What insecurities do you have? Are they robbing you of your God-given destiny? Take the limitations off of God. Believe that what He has given you is enough! What you lack, He is more than capable of making it up to you. He didn’t make a mistake when He created you, and He didn’t short-change you with your looks, personality, intelligence level, skill sets, or resources. God wasn’t having a bad day when He spoke you into existence. He knew exactly what He was doing! Put your little into His hands and then stand amazed at what He can do with a life devoted to Him!

Cleaning out the Project Queue: 10 Small Tips for Big Impact
by Cheryl Scanlan

What items are on your project list and how long have they been there? How many items do you keep looking over with the thought that you will get to them one day? What’s your plan for the illusive “one day” naggers on that list?

Too many questions? I will take a different approach. Here are 10 mini tips that will help you clean out the project queue and proceed with greater alignment with what is truly important to you.  This well help you asses and distinguish those items you are truly want to tackle from those that perhaps it’s time to let go.

The Project Inventory
Tips 1 to 5 map out your inner work toward exformation (or information explosion).

Tip One: Do a project dump and write down every single project you can think of including the ones on your list and the ones you’ve been meaning to put on your list. Don’t hold back. Don’t put them in any order, just get everything out.

Tip Two: Group items into categories.  Work, home (inside & outside), church, commitments to friends or family, community projects, car projects and even projects like planning your vacation or taking a weekend to unplug. You might even give the categories different colors by using a highlighter or sticky notes.

Tip Three: Give each item a bit of scrutiny by asking this question, “what do I _________?” (fill in the blank from the four d’s below):
Tip Four: Change the way you take on projects. Say no when you need to say no and yes when you intend to get the project done. Discipline yourself to pass on project offerings right away, so that the right person can take it on.

Tip Five: What’s the priority? Now that you have a good “do” list, what happens first? Next? And so on.

Tip Six: Design an accountability system for yourself. Once you agree to “do” the project, who or what can help keep you on track? What do you need? What might get in your way of getting the things you want to get done, done?

Tip Eight: Be diligent about protecting your project funnel to avoid clogs and blockages. This often requires weekly, if not daily reviews and recalibrations during more intense phases of work.  The busier you are, the more reflection time is needed.

Tip Nine: Be flexible. If you put something on the list or put it in the funnel, you can go back and take it off. Without being aware, unmet expectations, especially the things you expect of yourself, can be exhausting. Sometimes the most freeing thing you can do is go back and re-work your list from a values and goals point of view e.g. Most Important Principles (MIPs) broken down into Most Important Tasks (MITs).

Tip Ten: Schedule a regular time to review your project list. Put it on your calendar with a reminder set. Use tools, apps or a system to keep you focused on completing your projects or taking them through the Defer, Delegate, Do, Dump review. You are a priority and this matters.  Worth repeating here:  The busier you are, the more reflection time is needed.

​Your project list tells a story.
Moving from wishful thinking to intentional and honest planning accompanied with action will invigorate!  Overtime, a higher percentage of your time will reflect who you are and your values, resulting in a deep sense of fulfillment. Your project list will tell a story that you will enjoy reading!

About Cheryl Scanlan
Cheryl Scanlan, MCC, CMCC, BCC is president of C3Advantage. She has worked with CEOs that are in Fortune 100 through next generation small business owners. Having also run a multi-million dollar firm in New York, Cheryl knows the importance of business goals and the impact of teams. Cheryl's thought partnering method helps leaders see clearly what is fuzzy, articulate what is currently unintelligible, and generate coherent and executable strategy.
cheryl@cherylscanlan.com
www.CherylScanlan.com