Change the Channel by Cory Nickols 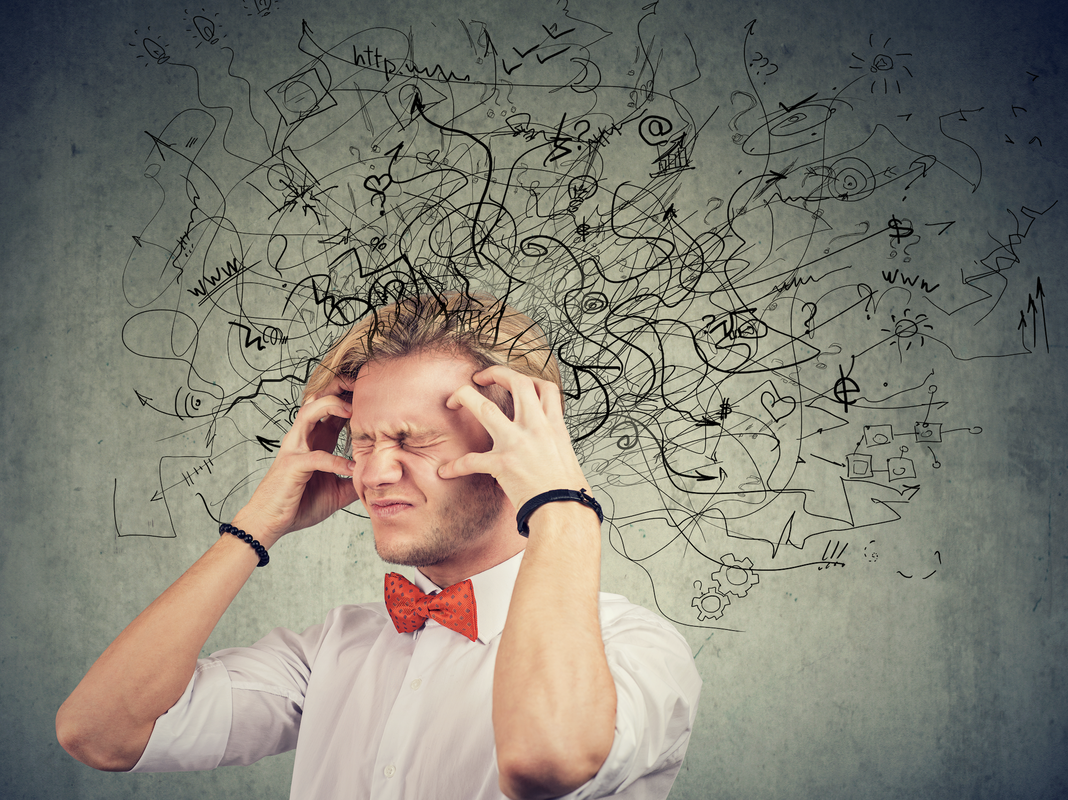 ​According to a recent study put out by Queens University in Canada, the average person has 6,200 thoughts per day. That’s a new thought every 13.9 seconds. Our brains are constantly downloading information from work, online platforms, newspaper ads, billboards, our smartphones, tablets and interactions with others. We even have our own internal thoughts and dialogues speaking to us. All of these lines of communication are influencing us whether we realize it or not.  That’s why it’s so important for us to take inventory of what we are thinking about and what we grant access into our hearts.

The Bible says, “For as he thinks in his heart, so is he…” (Proverbs 23:7a NLT). We become what we think on. In other words, every thought we allow to formulate and take root in our hearts will eventually lead to actions, and our actions will chart the course of our lives and destiny. That’s why God wants us to protect what comes into our spirit. In Proverbs 4:24 NIV it says, “Above all else, guard your heart, for everything you do flows from it.” Job, a godly man mentioned in Scripture, knew this. He stated, “I made a covenant with my eyes not to look lustfully at a young woman.”

Why? Because he knew that if he allowed those images to take hold of him, they would eventually affect him in a negative way. He was wise enough to heed godly wisdom. The Apostle Paul recognized this too. He exhorts us with this passage of Scripture,
“Finally, believers, whatever is true, whatever is honorable and worthy of respect, whatever is right and confirmed by God’s word, whatever is pure and wholesome, whatever is lovely and brings peace, whatever is admirable and of good repute; if there is any excellence, if there is anything worthy of praise, think continually on these things [center your mind on them, and implant them in your heart]” (Philippians 4:8 AMP)

What we allow into our spirits or our inner beings will affect us for good or bad. If we consume inappropriate information whether visually or through our ears, it will eventually influence our behavior and actions. So, what do you do when you are faced with negative images or thoughts that bombard your mind and heart? You change the channel.

Have you ever channel surfed before? It’s when you look for something good to watch on TV and you keep switching the channel until you find a program worth watching. If you happen to come across something inappropriate or not worth watching, you simply flip the channel and keep going. In the same way, when negative imagery and thoughts try to settle in our hearts, whether from the enemy or from our own carnal desires that rise up from within us, we don’t have to just sit there and consume it. We can actually on purpose switch the channel and dwell on something that is good, pleasing and wholesome. For instance, a thought of lust may pop into your mind. You don't have to let it stay there and grow.  Instead, you can change the channel. Or maybe a desire to hold a grudge against a family member who wronged you fights to grab a hold of your heart. You can tell your flesh and the devil, "Not today!" Change the channel to She is forgiven. Or I'm not going to keep any record of wrong. Or I will pray for my enemies. Maybe insecurities try to rise up on the inside of you and you feel inferior to those around you. Don't take the bait. Switch the channel to You are fearfully and wonderfully made!

Can you see why it’s so important to spend time with God in prayer and in reading the Bible? God will help us recognize truth from lies and give us the power to choose the right path. King David said, “I have hidden your word in my heart that I might not sin against you” (Psalm 119:11 NIV). He chose to spend time getting God’s word deep down on the inside of him so that he would recognize any wayward path.

God said to Joshua as he was getting ready to lead His people into the Promise Land, “Keep this Book of the Law always on your lips; meditate on it day and night, so that you may be careful to do everything written in it.” God was compelling Joshua and His people to remember His precepts and laws because they were about to go into a land that had foreign customs and false gods that had the potential of polluting their minds and taking them far away from God.

We are encouraged as New Testament Believers to put on the full armor of God to protect ourselves against the lies of the enemy and external influences. The breastplate of righteousness guards our heart and the helmet of salvation protects our mind. In addition, the shield of faith extinguishes all the flaming arrows of the devil and his schemes.

As you go about your week, ask God to help you recognize the lies of the enemy, the negative influences of the world or even your own fleshly nature that so often bombards your mind and heart. Ask Him to help you quickly change the channel and begin dwelling on truth that will set you free. Our spiritual weapons are powerful in God for the destruction of strongholds, which are wrong patterns of thinking that keep us from experiencing God’s best. One last thing: Don't get discouraged if it takes some time to develop positive ways of thinking. You've probably had plenty of practice with wrong thinking patterns. Continue to cooperate with the Holy Spirit, and if you fall down, own it, receive God’s mercy and get back up. God is with you to help you overcome every battle in your mind.

Are You Solving the Right Problem? by Cheryl Scanlan
Not pausing to ask that question could actually be creating more problems for you as a leader. 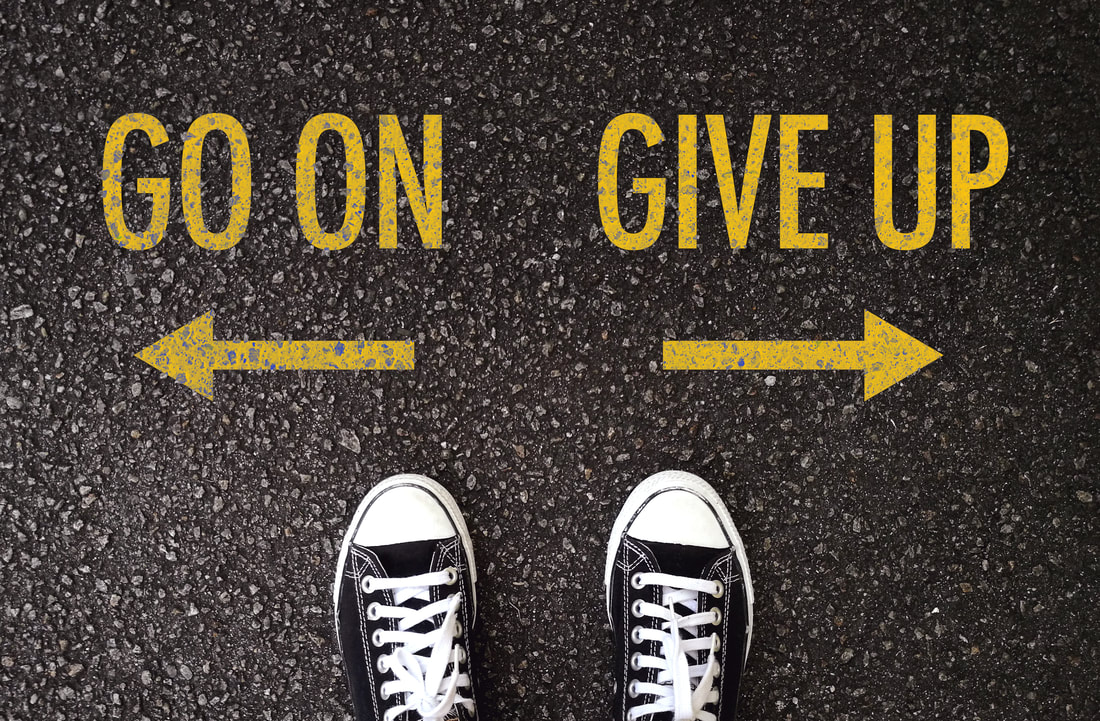 5 Ways To Press On After Failure
Posted in Building Character, Life Lessons, Personal Time on October 8, 2021 by Shelley Pulliam
Reposted with permission, Oct 28th, 2021.
In the 1929 Rose Bowl, Georgia Tech played the University of California. Toward the end of the first half, UC defensive player Roy Riegels recovered a fumble but was disoriented and began to run the wrong direction for 65 yards. His own teammate chased and stopped him just before he scored for the other team. At half time, all Roy could do was hide in the corner with a blanket over him and cry. He was embarrassed and couldn’t imagine returning to the field and facing the fans or his fellow teammates. His coach put a hand on his shoulder and told him, “You are playing. Get up and go back out there. The game is only half over.” People remarked that they’ve never watched someone play football as hard as Roy did that second half.
There are moments in our life where we’ve all experienced the disappointment or pain from our poor choices or things we’ve done. Maybe we pursued our dreams, but they now lay shattered on the floor. When we mess up it’s hard to forgive ourselves and overcome the guilt or face the ones our actions impacted.
Many times we hold ourselves hostage as blunders continually replay in our minds. I love the quote by Charles Kettering: “You may not be able to reclaim the loss, undo the damage, or reverse the consequences, but you can make a new start—wiser, more sensitive, renewed by the Holy Spirit, and more determined to do right.” How beneficial if we could learn to cast off the mistake and begin anew.
Probably the biggest known failure in the Bible is attributed to Peter. The disciple who emphatically exclaimed to Jesus that he would follow him anywhere, even to death, is the same man who denied him three times around a fire on the night of Jesus’ arrest. Peter could have abandoned his faith and lived a life of regret and sorrow, but our gracious God who is quick to forgive restored him. Peter chose to not let that one night define him and became a leader that changed the world.
The difference is how we perceive ourselves. If you fail, admit you failed, but don’t classify yourself as a failure. It is not who you are. If Roy would have stayed hunkered in that locker room, he would have been remembered as the guy who ran the wrong way and gave up.  But he received encouragement from his coach and the crowd witnessed Roy’s second half play and an example of how to overcome failure.
What can be implemented to encourage you to press on:
1. Find someone who can speak the truth to you like Roy’s coach.
2. Write down lessons learned from the experience.
3. Recognize any negative, defeating thoughts and replace them with the truth of God’s Word.
4. Decide the first step to take to get you moving forward.
5. Pray and listen to where God leads you.
Remember, the game is only half over. 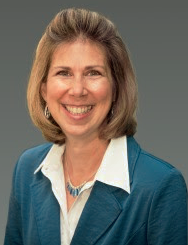 About Cheryl Scanlan
Cheryl Scanlan, MCC, CMCC, BCC is president of C3Advantage. She has worked with CEOs that are in Fortune 100 through next generation small business owners. Having also run a multi-million dollar firm in New York, Cheryl knows the importance of business goals and the impact of teams. Cheryl's thought partnering method helps leaders see clearly what is fuzzy, articulate what is currently unintelligible, and generate coherent and executable strategy.
cheryl@cherylscanlan.com
www.CherylScanlan.com